Will we remember 2019 fondly? Who can say. This screening is part of our Best of 2019 film season. We give you 25 reasons to love 2019. You can expect tears, laughs and Hollywood glamour. These titles have been hand selected by our Film Programming team to be part of this season.

Ricky (Kris Hitchen) and his wife, Abbie (Debbie Honeywood) both depend on zero-hour contracts to support their young family. Hit hard by the economic crash of 2008, Ricky has skipped from labouring job to labouring job and is now working as a delivery driver, whilst Abbie is a contract nurse and in-home carer who has to take the hours that she can get, often at crucial times in their family life. With their insecure and unpredictable hours effecting their relationship with their children (Rhys Stone and Katie Proctor), they know that despite all of their hard work they will never be truly secure, or own their own home.

Ricky’s pursuit of greater financial security soon leads him into the questionable employment of Maloney (Ross Brewster), the manager of a freelance delivery driver service that rents its vans to its drivers. Encouraging Ricky to buy his own van and ‘work for himself’, Abbie agrees to sell the family car to finance her husband’s ambitions. But with strict delivery schedules, long hours and harsh penalties, Ricky’s newfound career proves a lesson in the brutal reality of working life in zero-hours Britain.

Using a family’s dynamic to explore how austerity and the erosion of workers’ rights has hit working people in the UK, Loach and Laverty have once again captured the drastic situations in which people who are failed by the system find themselves, in the process lifting the lid on a rapidly changing world of insecure work. Featuring phenomenal central performances and filmed on location around Newcastle, Sorry We Missed You is another vital, urgent film for our times, and a fitting follow up to I, Daniel Blake.

Zero Hour is a series of screenings, discussions and public forums exploring the reality and potential future of work in Newcastle, the UK and beyond. 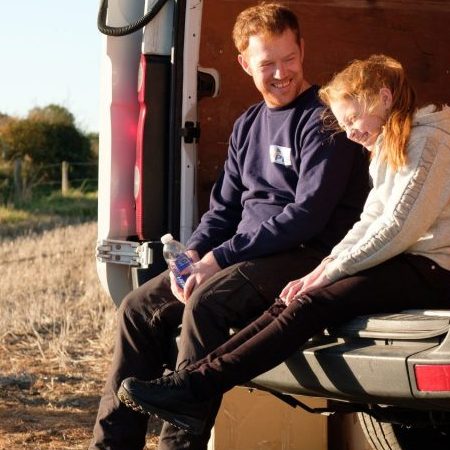