A journey into the breathtaking vastness of nature in search of the snow leopard, this wildlife documentary is a poetic ode to patience, carried by a haunting score by Nick Cave and Warren Ellis.

A quest to film the elusive snow leopard in the Tibetan peaks becomes an awe-inspiring contemplation of landscape, nature and wonder in this beautiful film soundtracked by Nick Cave and Warren Ellis.

Winner of the inaugural Climate prize at last year’s Cannes Film Festival, The Velvet Queen combines staggering cinematography with immersive sound design to draw the viewer into a calming and profoundly compassionate journey that explored our relationship with the natural world.

Multi-award winning nature photographer Vincent Munier is joined by writer Sylvain Tesson (whose book The Art of Patience inspired the journey), providing insightful commentary on their search for the elusive leopard, with an original score by Nick Cave and Warren Ellis lending emotional resonance where words fail.

Taking the viewer into the breathtaking vistas of the Tibetan Highlands, the contemplative pace and poetic rumination of The Velvet Queen creates an almost meditative sense of wonder, and a film that is as much of a celebration of waiting and observation as it is a search for the snow leopard itslef. A film to get lost within.

The Wall of Shadows

A Night of Knowing Nothing

You can still champion your local independent cinema from the comfort of your own home! The Velvet Queen is available to stream online via our website as part of its Virtual Cinema release. With a portion of the proceeds going to Tyneside Cinema you'll still be supporting us to do what we do best: be the home of independent cinema in the North East. 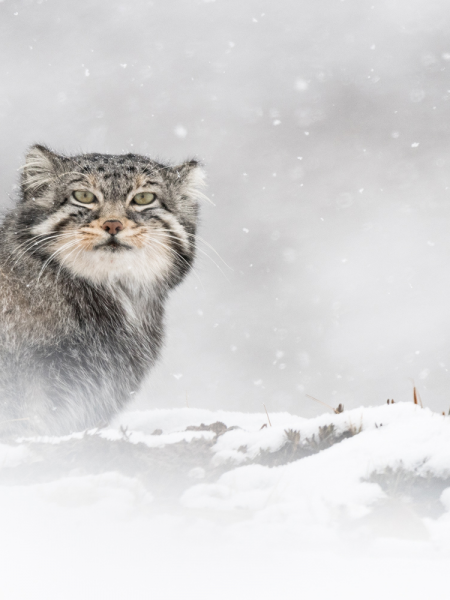