Support Tyneside Cinema
Due to the current COVID-19 pandemic, and following the government’s guidelines, Tyneside Cinema is currently closed. As an independent charity which receives limited funding, any support you can give will help ensure the future of our cultural icon. If you can make a donation to help us through these challenging times, we would be sincerely grateful. You can donate here.
You can find our full statement here. 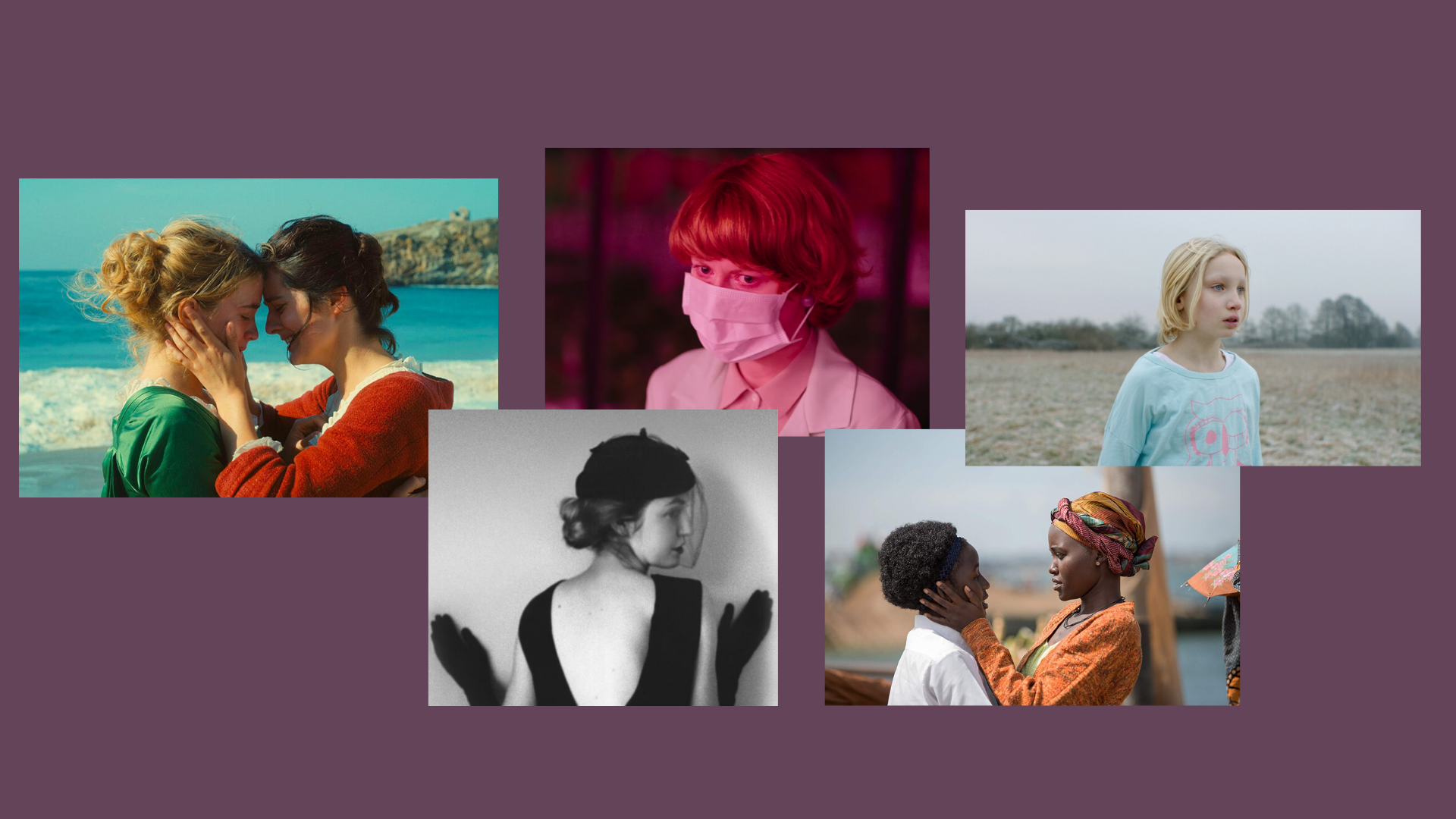 In this section
To mark International Women's Day 2020, we're collaborating with friends and partners to celebrate female voices and women's stories. A series of bold new releases as well as spectacular TV and Films from the archives.

Due to the developing situation with COVID-19, some of our International Women’s Day season events are being postponed until further notice and details around some screenings / release dates are subject to change. We are continuing to monitor the situation and will keep you updated.

At Tyneside Cinema, we work hard to ensure our programme represents, celebrates and foregrounds films made by women, and represent female experiences. We’ll also be pairing some films with female-directed New Creatives North shorts.

Despite growing awareness of inequality, an increasing number of vocal and influential female role models and a resurgence in pop culture feminism, progress in the film industry remains slow. The number of films directed by women released in cinemas that gain critical attention and receive awards recognition remains fractional.

International Women’s Day (8 March) offers an opportunity for reflection. We can take this chance to ask, how far have we come and how much further as an art form, industry and cinema do we have to go? 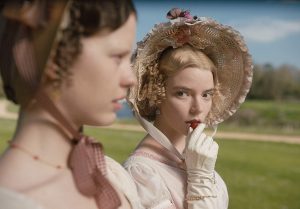 Emma is a glowing example of the power of the female voice. From 1815, a time when women had little-to-no rights, a woman successfully getting published was no mean feat. Two-hundred years later, Autumn de Wilde makes her feature film directorial debut with an exquisite adaptation. 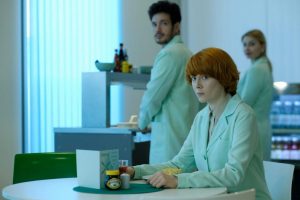 Visionary Austrian filmmaker Jessica Hausner (Lourdes) makes her English language debut with an eerie thriller centring on a female scientist and her son. A chilling look into the lengths we’ll go to achieve happiness, Little Joe also offers insight into the unfair treatment many women face in the workplace. Emily Beecham’s performance earned her the Best Actress Award at 2019 Cannes Film Festival. 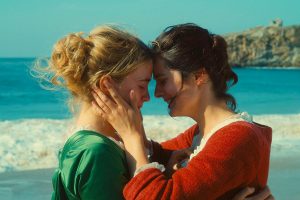 PORTRAIT OF A LADY ON FIRE

A vivid period drama, beautifully depicting a stolen romance between two women in the 1700s, Portrait of a Lady on Fire was a hit at the 2019 Cannes Film Festival. Screenings on 6, 7 & 8 March have a pre-recorded introduction with the director, Céline Sciamma, courtesy of Birds Eye View: Reclaim the Frame. 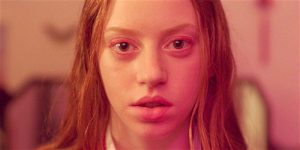 Click here to find out more and book. Please note, you will be redirected to Eventbrite. 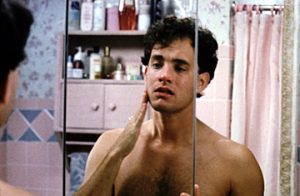 We’re delighted to celebrate Penny Marshall, a pioneering female director who shaped 80s pop culture with two Relaxed screenings of her most loved films. First up is Big, the heartwarming tale of a teenager who wished to be “big” but got more than he bargained when he woke up in the body of an adult (played by Tom Hanks).

Our relaxed screenings are for people of all ages with autism, learning difficulties or other sensory needs and their families. Find out more here. 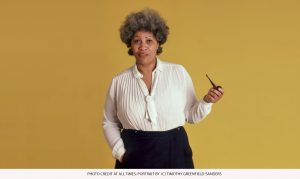 BIRDS EYE VIEW: RECLAIM THE FRAME PRESENTS:
TONI MORRISON: THE PIECES OF ME

A trailblazer, a champion against racism, a voice for women’s rights, the first African-American woman to win the Nobel Prize in Literature; Toni Morrison was an astonishing human being. This film is the narration of her life.

Presented in collaboration with Reclaim The Frame, ran by charity Birds’ Eye View and backed by BFI Audience Fund. Reclaim The Frame’s mission is to enrich the cinema’s perspective of the world, bringing growing audiences to films by women. Click here to find out more about #ReclaimTheFrame.

From 20 March, Toni Morrison: The Pieces I Am will include short film, Elephant In The Room, directed by Georgia Mulraine. Commissioned as part of New Creatives North. 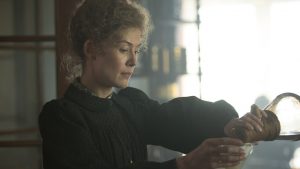 Marjane Satrapi (Persepolis, The Voices) directs Rosamund Pike (Gone Girl) as Marie Curie in a celebration and study of the scientist’s life. The first woman to win a Nobel Prize and the only woman to win more than one, Curie fought and struggled through a male-dominated industry for her work to be respected. 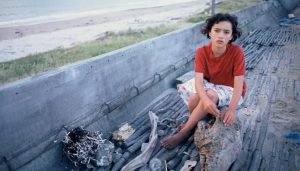 This Kids Club screening is the compelling tale of Pai (Keisha Castle-Hughes in an Oscar nominated performances), an 11-year-old girl growing up in the patriarchal Whangara tribe. Believing it’s her destiny to be the new chief, she challenges the thousand-year-old tradition and her beloved grandfather to fulfil it.

Directed by Niki Caro, who’s helming the remake of Mulan this spring, and winner of the People’s Choice Award 2002 Toronto International Film Festival. 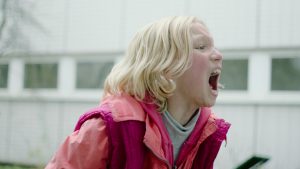 A vitally important film about our visceral need for love. First time director Nora Fingscheidt draws us into the frantic energy of Benni, a 9 year old girl in the German care system. An acutely authentic depiction of life for a “system crasher”.

“My motivation for making this film was to sensitize people to children like Benni. That’s why the film is being told primarily from Benni’s point of view. Although we may be upset – even shocked – by Benni’s violent behaviour, we should learn to love her and to fear for her during the course of the film. Ever since I met my first “system crasher”, I’ve known that I had to tell a story about one. Children’s violence is a cry for help. Always.” – Nora Fingscheidt, Director

System Crasher will include short film, Songs of the City, directed by Adelina Court. Commissioned as part of New Creatives North. 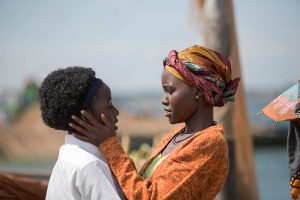 Queen of Katwe, directed by Mira Nair (Monsoon Wedding) is the vibrant true story of Phiona Mutesi, whose life drastically changes after she’s introduced to the game of chess. With hard work and a lot of support from her family and community, Phiona has all the confidence she needs to pursue her dreams. 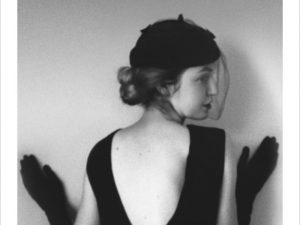 Acclaimed author Rebecca Solnit discusses her new book, Recollections of My Nonexistence with Leena Norms. A thrilling portrait about her formative experiences as a writer, and feminist in 1980s San Francisco. We’re delighted to welcome Rebecca to Tyneside Cinema in partnership with New Writing North. 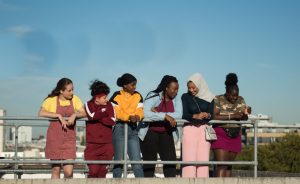 Rocks is a funny, life-affirming and heartfelt celebration of strength and sisterhood.

Director Sarah Gavron (Suffragette) and writers Therese Ikoko and Claire Wilson worked closely with a young cast of unknowns to create a wildly authentic coming-of-age tale, told from the perspective of the irrepressible Shola (a.k.a Rocks) and her gang of teenage girlfriends.

Wild, emotional and brimming with life, this is an unforgettable portrait of teenage girlhood set in a vividly realised contemporary London. 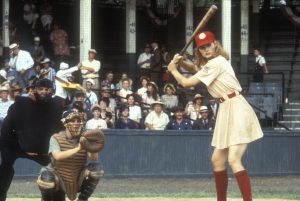 RELAXED SCREENING: A LEAGUE OF THEIR OWN

The second film in our two-part celebration of legendary director, Penny Marshall. A wildly entertaining, fictionalised account of the formation of the All-American Girls Professional Baseball League and their struggle for recognition. Madonna, Geena Davis and Tom Hanks star in one of the most 90s cast line-up you could hope to see.

Our relaxed screenings are for people of all ages with autism, learning difficulties or other sensory needs and their families. Find out more here. 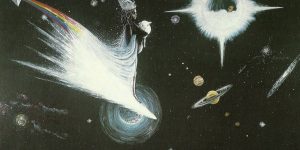 During the 1980s, against a backdrop of divisive national politics and civil unrest, a series of radical filmmaking collectives emerged led by Black British artists and activists. From this movement emerged several prominent female filmmakers. They created films which explicitly discussed issues surrounding black feminism, intersectionality and the post-colonial experience.

In this programme, we will showcase two rarely screened, recently digitised films from this movement. Dreaming Rivers and Omega Rising women of Rastafari are two groundbreaking pieces of cinema, both of which with messages that still resonate to this day. 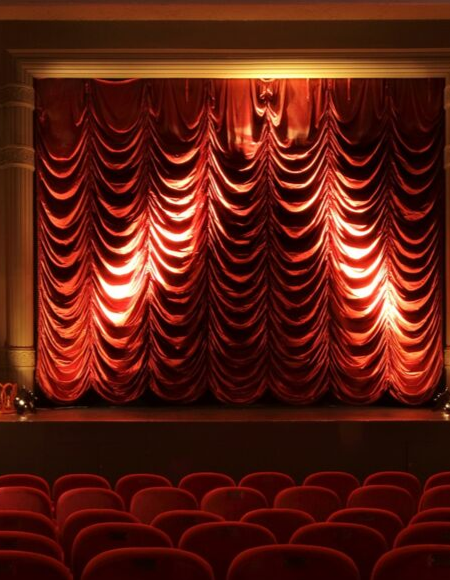