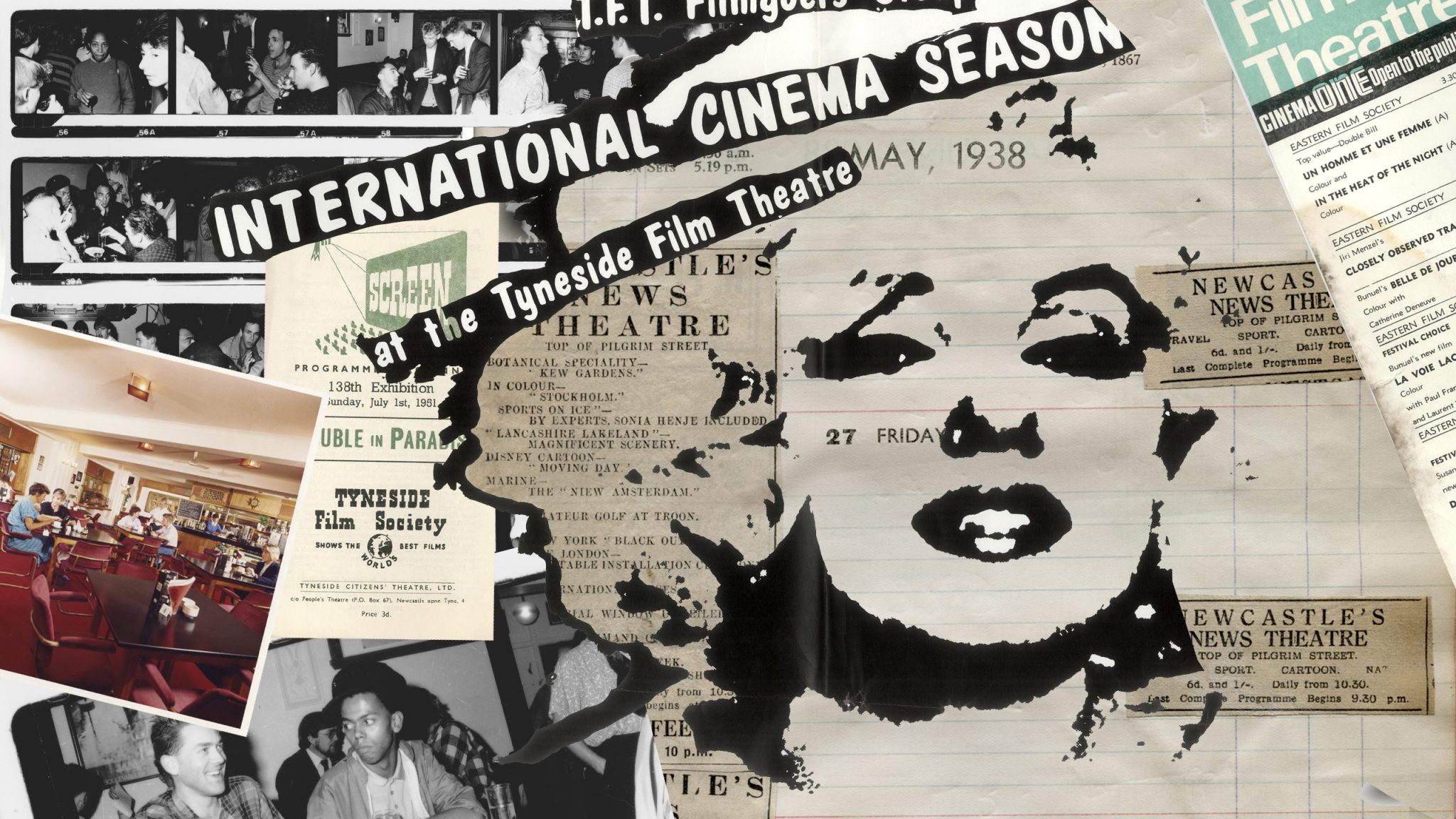 Applications for this opportunity are closed at present.

To mark the 85th birthday of Tyneside Cinema in 2022, we commissioned five artists to make new work in response to the archive material we hold in the building, exploring the social and artistic history of the cinema. The final work will be presented in the autumn of 2022.

The Archive Commissions are made possible thanks to funding from Arts Council England.

Sofia Barton, a Punjabi artist from Newcastle upon Tyne will be working with members of the cinema’s audiences to create her work which will result in a series of prints. Sofia says: “I’m excited to be working with Tyneside Cinema on this archive commission exploring its unique history since opening as a newsreel theatre in 1937 and the rich diversity of people that walked through its doors. Through studying the archive, I hope to create a series of artworks that reflect social and historical changes through the decades.”

Tim Brunsden and Colette Whittington will be collaborating with staff at the cinema to develop their artwork through a series of printmaking and animation workshops.
Following their initial visit to the archive, they said: “We were totally in awe of the programmed work and how passionate people involved with the Tyneside were and are. It’s clear from the cinema’s conception its vision was ambitious. The archive also revealed a story of survival. And we could feel the people’s history of the building seeping through the walls. There was so much to uncover/discover but it became clear that our focus would be on celebrating the hidden everyday stories, events and voices of the cinema, the routines, rituals and eccentricities of the wonderful folk that are woven into the fabric of the building.”

Kate Liston, who will be making a short film and a publication, says: “In the time I have spent with the archive I have become interested in the ways, throughout its various histories, Tyneside Cinema has sought to ‘activate’ its audiences. Cinema auditoriums seem to lend themselves to a passive engagement with media – inviting you to sit back in plush chairs and look up at a screen, but Tyneside has prided itself on its engaged audiences.
Over the years it has lectured over the top of films (1930s), created an Information Centre housing specialist books and journals (1980s) and hosted ‘interactive’ multi-screen parties in the empty cinemas (2000s) to expand this engagement. I want to think about what it means for an audience to be ‘audience-producers’, and a cinema to be a ‘vibrant oscillation of collective resources and initiatives’ (Director’s report 1980s).”

Adina Nelu, a Manchester-based film composer, producer and creative sound designer says: “My project is a sound art installation featuring multiple listening points inspired by Tyneside Cinema’s identity at different points in time. My focus is currently on impactful female figures behind the scenes of the cinema, the strong community that was built around it, as well as renewal and transformation throughout its enduring history.”