In celebration of the release of The Souvenir Part II, and director Joanna Hogg's visit to Tyneside Cinema last week, we shine a spotlight on filmmakers who ingeniously drew upon their own experience to inform their astonishing work, deftly blurring the line between candid autobiography and absorbing fiction.

Centring on the stranger-than-fiction real-life transfer of Diego Maradona to the comparatively quaint team of Napoli, we follow the formative years of budding filmmaker Fabietto (Filippo Scotti), a surrogate for the teenage Sorrentino himself.

Self-described as his most personal film yet, the film works as a catharsis for dealing with loss, with the tragedy of both of his parents’ deaths forming an integral part of the narrative. This therapeutic opening of lived trauma also ingeniously grants the title a dual meaning, not only in reference to the infamous contemporary World Cup goal by Maradona, but also the infinitely more poignant manner in which ‘The Hand of God’ touches Fabietto’s story in a hauntingly profound – and ultimately life-saving – way.

Evocative and transportive as a time capsule of Italy in the eighties, this is Sorrentino at his most rousing and affecting, integrating surrealist, almost Lynchian flourishes to spellbinding effect – not least with the inclusion of ‘The Little Monk’, transposed from Neapolitan folklore. The lush textures of Naples create a luxurious, often dissonant backdrop to detail the turbulent youth in which we observe the sowing of the seeds of the filmmaker who would later blossom into one of the most prolific, celebrated European arthouse directors working today. 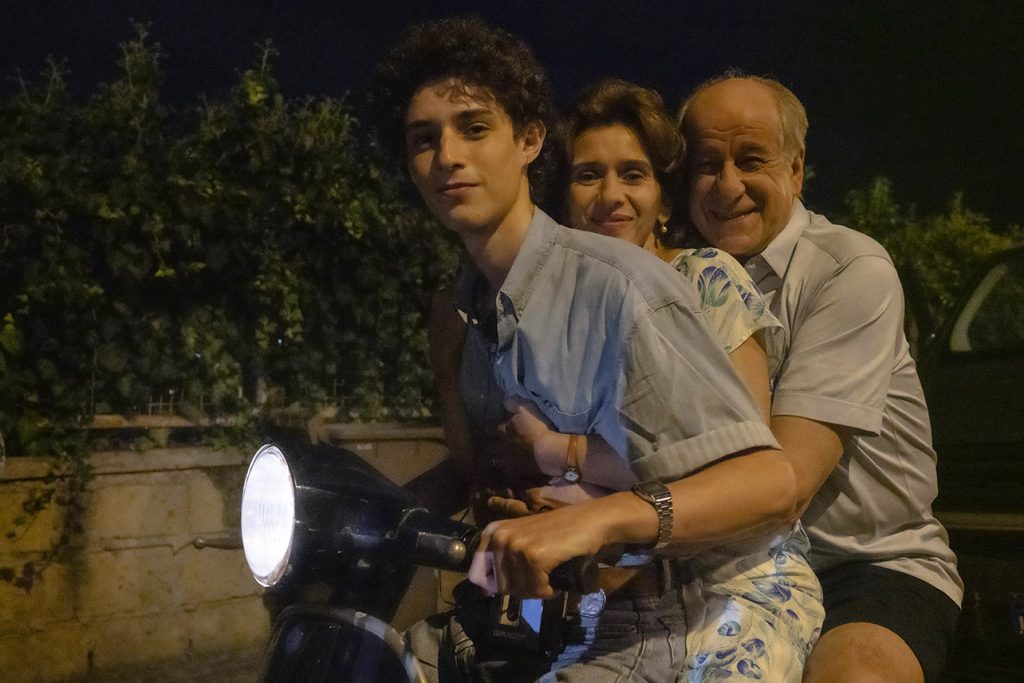 The fourth instalment of the groundbreaking franchise is an unapologetically heart-on-sleeve personal, brazenly metafictional stunner of a blockbuster, recontextualising the films which preceded with a renewed power as a triumphant story of identity.

Lana Wachowski returns to the franchise, for the first time without her sister collaborator Lily, to thrillingly elaborate upon the mind-expanding world which sent their careers into the stratosphere. Drawing upon the state of the Hollywood film landscape of the present, and the ubiquity of ‘legacy sequels’ (soft remakes of existing properties in all-but-name), The Matrix: Resurrections playfully comments on its own existence throughout, as well as the impossibility of satisfying fan expectations, given the original’s impact on the cultural zeitgeist.

History repeats itself, in an opening sequence which copies the beats of the iconic first, but its grounding within the mind-altering world of ‘The Matrix’ makes it a much easier (red) pill to swallow beyond the plethora of other, more cynical, self-plagiarising tentpoles…

Keanu Reeves returns as Thomas Anderson/Neo, now framed as a famed games developer, renowned for his innovative trilogy, ‘The Matrix’. The inciting incident is a bold critique on Lana’s own audacious ultimatum she was given on the future of the franchise by the studio – a fourth entry has been greenlit, and it will be made, with or without the original creators. This epitomises the film’s playful integration of the real-world poisoned chalice of the franchise’s success; what story is there to tell when the narrative wrapped up so definitively in its second sequel?

The answer, for Lana, is to tell a beautifully honest story of self-actualisation, flying in the face of unappeasable fan demands of having to outdo the ‘bullet time’ sequence by instead doubling down on the heart of the franchise: the bond between Reeves’ Neo and Carrie Anne Moss’ Trinity. Indeed, Trinity becomes the beating heart of this film; forced to live an unhappy life as someone else (Tiffany) trapped in the Matrix, it is only Reeves’ Neo who can see her true self. This pointedly recalls Lana’s own story as a trans woman, and the triumphant self-actualisation of Trinity throughout the film is all the more resonant for it. 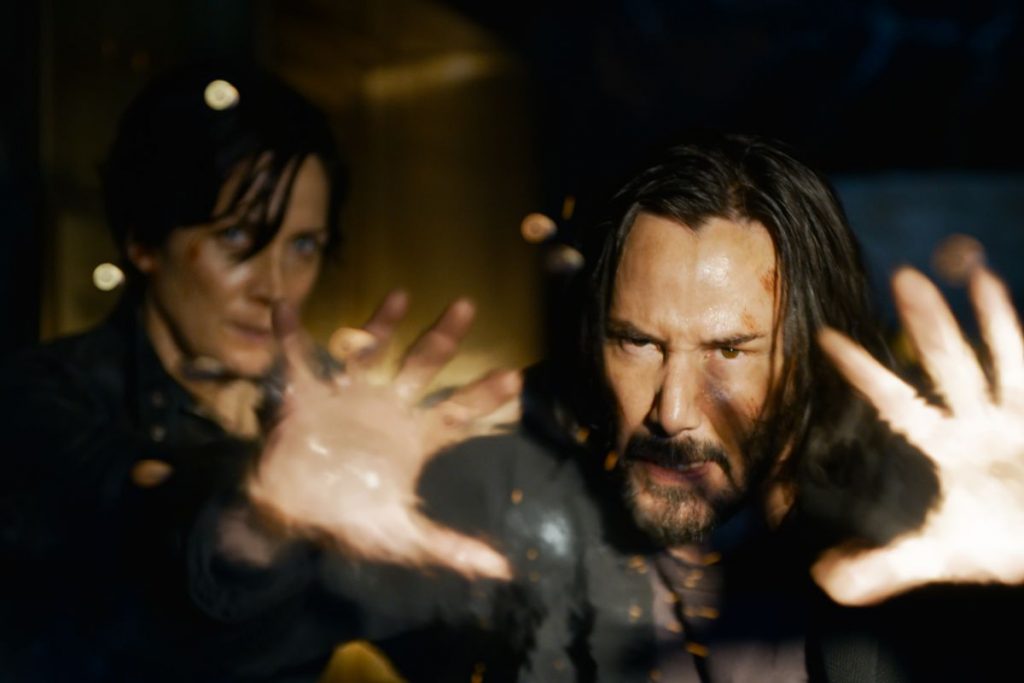 Sight & Sound’s best film of 2019, The Souvenir, was itself a masterful interrogation of director Joanna Hogg’s early filmmaking career, and her finding of a voice as a storyteller, and this astounding sequel takes the autobiographical and metafictional elements to even more staggering new heights.

Now tasked with delivering her final year project at film school, Julie (Honor Swinton-Byrne) is still grappling with the traumatic fallout of her relationship with the troubled Anthony (Tom Burke). Dealing with the pressures of other creatives surrounding her in the professional realm, and looking to find solace and catharsis in her own personal life, Julie turns to her own lived experience to form the crux of her impending film…

Hogg’s ingenious interplay with the events of the first film, recreated with Julie and Anthony surrogates Garance (Ariane Labed) and Pete (Harris Dickinson), retrospectively gives the first film an added pathos and vulnerability, showing Julie looking for closure through art, and the candid critique on Julie’s filmmaking insecurities offers a deeply honest look at the demystified process of being a creative.

Ultimately, The Souvenir Part II is a joyous love letter to cinema, and movingly comments on coming to terms with embracing truth and bringing personal, lived experience to cinema as a means of imbuing storytelling with truly resonant authenticity. 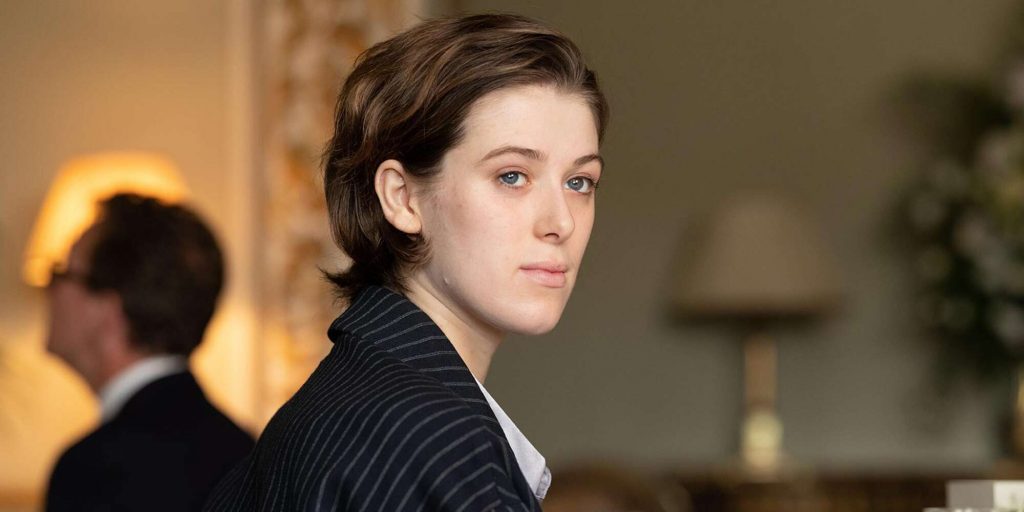