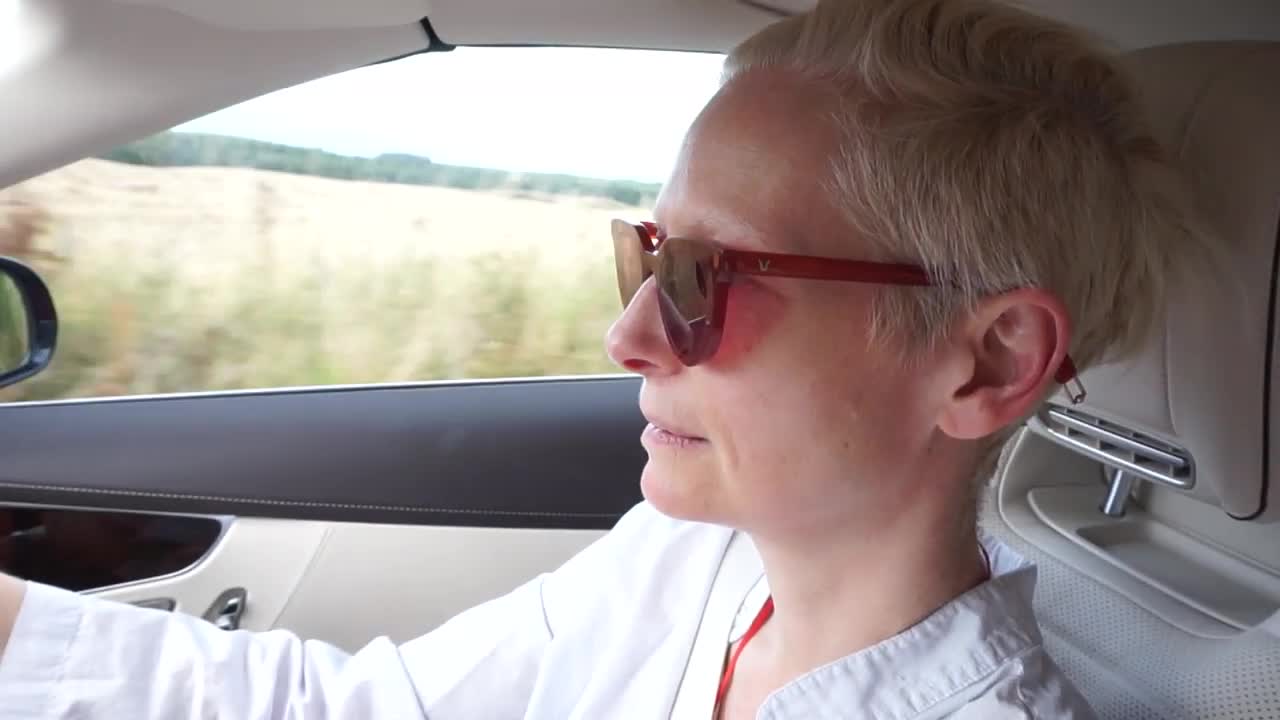 From 18 - 31 May, we shared a selection of short films from female filmmakers we've commissioned as part of our work with new talent, and now you can view the whole series here.

Women Make Film is an epic exploration of cinema’s rich history, narrated by some of the world’s greatest female directors, including Tilda Swinton, Jane Fonda, Debra Winger and many more. Exploring life, love, politics, humour and death – it’s a 14-hour road trip like no other.

Cousins’ is a long-time supporter of Tyneside Cinema, so in celebration of his new film, we showcased a selection of commissions from female filmmakers that have formed part of our charitable work, developing new talent in the last five years.

We shared 14 short films, one for every hour of Cousins’ film, on our social media a day. A magnificently creative, diverse range of films covering everything from the forgotten children of 1980s Newcastle, the sensual intensity of kissing, to a mind-blowing animation inspired by Ian Curtis from Joy Division.

Don’t forget, if you’d like to watch Mark Cousins’ latest masterpiece, you can get six weeks of BFI Player for free by becoming a Friend of Tyneside Cinema, alongside a host of other fantastic benefits. Find out more here.

Lizzie’s a Newcastle based dance and theatre artist, working on various choreography, performance and participation projects throughout the UK. Lizzie’s work combines elements of dance, text and song, to create sensitive, humorous and thought-provoking live and video performances.

Cathy Garner’s Lip Service, is a rumination on the tension between intimacy and alienation. It’s about being too much in your head when you’re meant to be in another’s.

Cathy Garner is an accidental solipsist with a penchant for bad puns. She is excellent at being hopeless and always plays to her strengths.

Amy Jobe’s Still Life is an insightful look at the lives of children who grew up during the 70s and 80s in Newcastle. Using Tish Murtha’s remarkable photographs as a starting point, Still Life traces and explores the stories of some of the people captured in the pictures.

This film was produced in 2017 as part of the Northern Stars Documentary Academy at Tyneside Cinema, supported by intu Properties. It won Best Documentary at the Into Film Awards at BFI Southbank.

Bella Spencer, a neuroscience student at King’s College London, combines science and art in her short animation; inspired by Joy Division’s Ian Curtis. Imagining what the effects of a seizure can have on a person’s emotions, Spencer explores the paradoxical beauty of the biology behind the destructive condition.

NOTES ON BEING A LADY

Based on a poem by Kadish Morris, Nyoni’s powerful film is a combination of spoken word and dance, challenging the choreography of rules society sets on black femininity.

WHEN MUM IS DONE

Natasha Hawthornthwaite created When Mum Is Done by using home videos and recorded phone conversations to echo the sense of loss felt when a child leaves home in their late teens.

Natasha is an award-winning filmmaker who runs her own production company, Northern Heart Films.

Sarah Storer created OASIS as part of our BFI Documentary Film Academy; which is a key component of our learning programme working with young people to develop their talent.

The Oasis Café in the west end of Newcastle provides a much-needed hub for a local community ravaged by government cuts. Here we meet three customers who share personal stories that are by turn tragic, life-affirming, and whose regular visits to the café reveal its importance in holding a splintered community together.

WONDERS OF THE MOON (EPISODE 42)

Outlandish conspiracy theories about the moon inspired Cath Shayler’s short film. Creating an alternate 1960s reality, astrophysicists and cheese enthusiasts work in unison to understand why the moon disappears every month. Could it really be eaten by mice?

“In the future, I would hope that you wouldn’t have to feel that your gender is a danger to yourself and that you would then have to live a certain way because of that.”

This short film packs a powerful punch, asking difficult questions about expectations surrounding women’s appearance and behaviour. Choreography and narrations combine to explore experiences women have faced in day to day life, the impact they had, and hopes for future generations. Challenging and uncomfortable, it lays the difficult truths bare that many still need to hear.

Amy Wood created Uncomfortable Truths in The Factory, our programme for artists working with the moving image, funded by Arts Council England.

From aspiration to alienation, Hard Steps charters the journey of loved one’s immigration from Romania.

Animator and illustrator, Nicole Haigh, uses a simple yet incredibly effective style of animation to portray the experience of entering a new life. Hoping for opportunities but instead finding an uphill struggle.

Manchester-based filmmaker, Abigail McVeigh creates artist moving image work to reflect on personal experiences, often distorting space and time. Mind in Move is an intimate and mesmeric reflection on the emotions of falling in love.

AN ACT OF TERRORISM

Clara Marie Cornish’s short animation’s set in a nightmarish alternate reality, where a lone girl learns the harsh rule of “eat or be eaten”. Drawing influences from the beat generation, this dark fable fits suitably into the modern world, where ruthlessness reigns supreme.

Clara Marie Cornish is a Yorkshire-born artist and filmmaker, who works extensively on large film and television productions across the UK while simultaneously producing her own commissioned film projects, both in documentary and fiction.

Dip into the surreal underwater world of Tyneside Cinema’s Thea Jones, as a pair of goldfish discuss boys, drainpipes and getting grounded. Using a combination of green screen and face paint, seventeen-year old Thea Jones’ tank life is unexpectedly relatable.